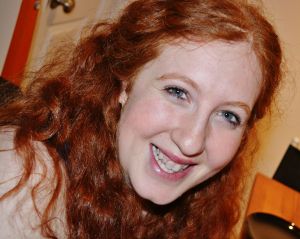 Dara is a Washington D.C. based playwright, theater director, and actor who works in new play development, improv, short films, and tying theater to activism and improving education.

Dara has loved participating in theater her entire life. Her debut role was at age 2 has a bunny in a musical about Noah’s Ark. Her passion for theater has only magnified and evolved over the years. Dara has acted in classic and contemporary plays- she particularly enjoys Shakespeare. Dara has performed in plays, improv, short films, choirs, puppetry, and voiced radio dramas.

Dara has always loved writing. She started playwriting in her senior year of high school and continued to write with the Washington & Jefferson College Theater Company. Dara also directs plays and childrens’ show cases. She started directing mock trials and short films, and then for 24 hour theater experiments. Dara has also been involved with set construction & design, make-up design, and the publicity for her shows – including social media campaigns and graphic design. Dara has recently acted with D.C. Theater Groups; such as, Next Day Theater, the District Arts Collaborative, and Openstage.

Dara also used to write and edit for her college newspaper. She recently graduated from the University of the District of Columbia – David A. Clarke School of Law.